Question of the Day.

Question of the Day 12

For Primary & Secondary:Q1. Name the story
A: The Water Babies (Water + Bay + Bees)
Q2. Who is the author of the book?
A : Charels Kingsley
Q3. Do we have a copy in the library? Where will be the book available in the library?
A: Yes. We have two copies of the book which will be available at 823.91.
Q4. Enter the secret code here
A: QD12WBK

You might have thought the question is a tough one to solve. This is what happens when we approach a question with a prejudiced mind. If you have simply searched for "water" in the library catalogue, you could have got the answer and the secret code was available from the catalogue search

Question of the Day 11

For Primary:Q1. What is the title of the book?
A: Alibaba and the forty thieves
Q1. What is the character in the picture saying?
A: "Open Sesame" or "Khul ja sim sim"
Q3: How many people are there on the ground?
A: 40 (There were 40 thieves in the story. Did you try to count the number of people in the picture!)
Q4: Who is hiding on the tree?
A: It is Alibaba.

For Secondary:1. Identify the book
20, 000 leagues under the sea by Jules Verne
A search for 111120 km under sea would have given you the answer!
If you convert 111120 km to leagues you can verify your answer
2. How many books by the author in Hindi are available in our library?
We have 3 books (8 copies total) in our library. Searching Jules Verne will give you the number of books

Question of the Day 10

For All Students:Today, July 5, is the 26th death anniversary of a legendary Malayalam writer, who is remembered for introducing Malayalam literature to common people. Who is this writer? How many books by the author are available in our library?

Question of the Day 9

Primary Section:Find out the hidden characters in the word search grid

Secondary Section: I am a 9 year old fictional girl who loves to write. First part of my name is that of one of the Twelve Minor Prophets in the Hebrew Bible and Old Testament. Second part of my name is the first name of of a British author who writes Jack Reacher thrillers. Can you find the title of the book in which I am the lead character (Just like Harry Potter, you will find my name in all my book titles)?
Now find out which of my titles are available in your library. Provide Sources of your information

Ans:Amos Lee (Amos was one of the Twelve Minor Prophets. The author of Jack Reacher thrillers is Lee Child) Title of the book: The Diary of Amos Lee by Adeline Foo. There are five titles in our library. Click on the link above to find the books
Winners: Devananda R 6B | Anagha Iyer 6B | Bhadra K B 6D | Abhinav S 6D | Fidha Rahman 7D | NIVEDA P 9C | Sidharth P 10D | Anirudh R 10A

Sidharth P, 10 D gets a bonus 5 points for his description "how he got the correct answer". Good job Sidharth.

Question of the Day 8

Primary Section:His birthday is celebrated as the International Children's Book Day. Who is he?
First find out a story written by him and search the library website for the book. Which story did you search?
How many books are there in our library?

Ans:Hans Christian Andersen. Well known for his fairy tales. 156 stories translated into 125 languages. His most famous fairy tales include "The Emperor's New Clothes," "The Little Mermaid," "The Nightingale," "The Steadfast Tin Soldier", "The Red Shoes", "The Princess and the Pea," "The Snow Queen," "The Ugly Duckling," "The Little Match Girl," and "Thumbelina." All the fairy tales are available in different formats and versions in our library.
Winners: Nia Muralidharan, 4D |Aman Rahman, 3A|Sreeya.P, 4C|Aditi Krishna M S, 4A|Advaith R, 4A|Abheek Das, 4C
19 students got the correct answers.

Secondary Section: Joachim Hayward Stocqueler played an important role in the establishment of one of the prestigious libraries of India in 1836. Name the Library
What is the importance of this library now?
How many books are there in the Malayalam Collection of this library? (Visit the library website and find out the collection)

Ans:J H Stocqueler was instrumental in the establishment of the Calcutta Public Library in 1836.
After independence it was made in to the National Library of India. There are 47, 977 books in its Malayalam Collection. You can get this information from the page Collection on National Library of India's website.
Winners: Aadinath K J, 6A|Neha Muralidharan, 12A|CH Krishna, 6C|Chandana Jithesh, 10A|Fidha Rahman, 7D
47 answered the first question correctly. Congrats!
If you provide Google search as your source for information, you will not get full points. Give the URL of the website from where you got the answer to score full marks.

Question of the Day 7

Primary Section: Have you heard of Dhanpat Rai Shrivastava? He is well known as a ..................................? Can you name any three books available in our library written by him or about him? (Find book title and accession number to get full points) - Only three to be given.
Where are those books placed in the library?

Secondary Section: Solve the Rebus puzzle above. How is it related to the library? What does a library catalogue search yield for your answer to the puzzle?

Question of the Day 6

Primary Section: Can you identify the character and the creator of the character given in the picture given? How many books from the series are available in our library? Where it can be located?

Secondary Section: Identify the title and author of the book from the cover page of the book. Find out whether we have a copy in the libary and where it can be located

Ans:Murder by the Sea by Satyajit Ray. Comic version of the book in Feluda Mysteries series. Book is available at 741.5 RAY/F (Comics)
Winners: Sreevardhan A, 10C| Alfiya sulthana.N, 7B | Adithya Mohan, 8D| Neha Muralidharan, 12A| Yutika , 8A
Adithya Mohan will get bonus 5 Library Points for innovative use of technology to find out the answer - Google Lens

Question of the Day 5

Secondary Section: This autobiographical work on a major scientific discovery is an interesting book to read. The author of the book is a Nobel Laureate who won 1962 Nobel Prize in Physiology or Medicine. What is the title of the book?
Do we have a copy of the book in our library and where can you find it?

Ans:The Double Helix : A Personal Account of the Discovery of the Structure of DNA by James Watson. Book is available at 572.8 (Biology)
Winners: Anagha Iyer, 6 B| CH Krishna, 6 C| Fidha Rahman, 7 D
To find the answer first find who won 1962 Nobel Prize, then search for the books written by them. Now search the library catalogue for the availability of the book. You will get te Call No. of the book from the results. Those who have got the correct answer, but failed to get availability in the library will get 5 library points

Primary Section: This book of folk tales compiled in Arabic during the Islamic Golden Age, is presented in the form of stories told by young girl to a King, to save her sister from death. You might have stories like Sindbad the Sailor and Aladdin which are taken from this book. Can you name the story?
How many copies of the book are available in our library and where can you find them?

Ans:The Arabian Nights. We have got 27 copies of the book in English and one Hindi book also will come in search. They are shelved under 828.226
Winners: NIA MURALIDHARAN, 4D| SREEYA. P, 4 C| AMANRAHMAN, 3A

Question of the Day 4 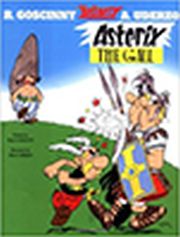 Question of the Day 3

He is an American politician and environmentalist who won Nobel Peace Prize in 2007. The audio version of his famous book won Grammy Award for Best Spoken Word Album in 2009. Name the book

Question of the Day 2

Q.2 RJ Palacio's book Wonder brought her an award in 2013. What was the award she received and what is special about this award?

Ans:She won the Christopher Award in 2013 for the book Wonder. Christopher Award is presented to the producers, directors, and writers of books, films and television specials that "affirm the highest values of the human spirit".
Winners: Drisya D P, VI B | Anagha Iyer, VI B

Question of the Day 1

What is special about the title of the book "Esio Trot" by Roald Dahl?

Ans: Esio Trot is an interesting children's novel written by Roald Dahl and illustrated by Quentin Blake. The title when reveresed form Tortoise, who is one of the main characters in the story. Read the book to find the magic words that makes the tortoise grow big(?).
Winners: C H Krishna, VI C | Aadinath, VI A